The Rise of Developer Evangelism — And Where It’s Headed Next 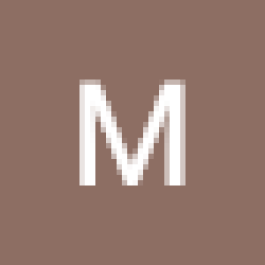 Before he was a prolific author and sought-after keynote speaker, Guy Kawasaki was a software evangelist at Apple. He joined the company in 1983, and the following year the Macintosh personal computer was released. It was Kawasaki’s job to convince developers to build hardware and software for the Macintosh, which launched with only two applications: MacPaint and MacWrite.

Around that time, the computer was unveiled in a Super Bowl commercial directed by Ridley Scott that, while artistic, didn’t exactly communicate its capabilities.

The field of evangelism — also known as developer relations, DevRel, and developer advocacy — has transformed in the four decades since Kawasaki set out to marshal developer support for the Macintosh. For starters, developer evangelism has spread beyond large companies like Apple. Today, any tech company that makes a product designed for developers could have an evangelist team.

“Developers increasingly have more influence over purchasing decisions in companies,” said Devin Rader, director of developer evangelism at Twilio, a cloud communications platform whose APIs are designed to make it easier to integrate voice, video and messaging features into applications. “Even though developers may not be the ones who cut the checks, they are the people executives often turn to in order to understand if a tool can actually make a business impact.”

Evangelists help developers understand the benefits of their products by connecting with them at events like hackathons and meetups and through the creation of educational and support materials, ranging from e-books on cybersecurity to YouTube videos that explain how to use a certain feature of a company’s platform. Evangelists also serve as a direct line of communication between customers and the product team, capturing data on user feedback, pain points and more.

Developers are a very difficult audience to crack, and you have to approach them in a very different way.”

The end goal of evangelism is to spread the word about the benefits of a company’s products. But instead of proselytizing, the focus is on building authentic relationships with developer communities. In those efforts, evangelists must be able to speak the language of developers fluently, and leaders must ensure there’s a solid structure in place to measure the success of their team’s efforts.

Who Answers The Call To Evangelize?

As a field, developer evangelism is no stranger to practiced technologists like Rader, who first began to think about merging coding and community after developer evangelists at Microsoft helped him launch a .NET user group in his hometown.

Others, like Randall Degges, who heads up developer advocacy at enterprise access management platform Okta, get into evangelism because they need a break from coding inside of a pressure cooker.

“You’re always under the gun to deliver something, get a feature out or fix a bug,” said Degges. “[Evangelism] is a way to keep practicing the things you really enjoy without the traditional engineering style pressures.”

Coding is a mainstay for evangelists at Okta, who build everything from tools for working with security protocols like OAuth and OpenID to Google Chrome extensions that protect passwords. It’s a similar story at Twilio, whose evangelism team regularly contributes code to the broader developer community through instructional blog posts and the company’s GitHub repository.

Not On GitHub Yet?These Open-Source Habits Could Make Your Career

“What I tell people is that, as an evangelist, I actually have more code running in production than I think I ever would as a sole engineer,” said Rader.

Although coding is a cornerstone of the evangelism teams at Okta and Twilio, engineers aren’t the only people answering the call to evangelize.

“What I’ve seen is that there are a lot more marketing-focused evangelists out there,” said Degges. “They’re not developers but they do know a few things and just love working in this world. They’ll run webinars with developers who provide the content, work with engineers to create blog posts and attend industry events to help build awareness for their company.”

In Degges’ estimation, 90 percent of the evangelists he’s met and worked with have a marketing background. What’s driving marketers toward evangelism? It might be that many developer evangelism teams report into marketing rather than engineering.

In a recent study, developer relations and experience consultancy Hoopy found that 35 percent of DevRel teams are part of their companies’ marketing departments. Nearly a quarter of DevRel teams report into engineering, and only 16 percent operate as standalone departments.

Rader said that this lack of standardization across the industry can make it challenging for evangelism teams to measure their impact.

“I think some of that has to do with the idea that we’re still trying to figure out what the right place inside a business is for the various kinds of DevRel roles that do exist,” said Rader.

Even evangelism teams who aren’t wandering the desert in search of a department still face difficulties when it comes to measuring results, primarily because evangelists work so cross-functionally and wear so many different hats. Setting goals — and building out metrics to measure them — enables team leaders to identify what tasks are most effective or scalable and track wins.

Sounds simple enough. But evangelism as a function must be malleable enough to meet a business’ individual needs. As a result, structure can vary from company to company.

Evangelism at Twilio falls under the company’s developer network, which is made up of five different teams. Each one has a specific focus, from managing blog posts to engaging with early-stage startups and building relationships with the company’s super fans.

At Okta, developer evangelism is a standalone department made up of three components: developer advocacy, security advocacy and DevOps advocacy. Roles are filled according to expertise, and team members assume responsibility for increasing awareness about Okta within their technical communities, whether that’s Python developers, JavaScript programmers or DevOps engineers.

We can actually measure our team’s effectiveness in very particular programming communities.”

The goal, in essence, is to drive unique, qualified views to Okta’s developer website and increase registration for the free version of its product. The effectiveness of an individual evangelist’s efforts can be measured through developer library downloads.

“If you download our developer library for Python, every time you make a request back to Okta’s service to do things like create a user or log a user in, we’re able to see that,” said Degges. “We can actually measure our team’s effectiveness in very particular programming communities by seeing what the adoption of Okta in the Python or JavaScript community is.”

Thanks in part to its high cost ($6,100 in today’s money) and lack of memory, the Macintosh failed to become a smash hit with consumers. However, it did find a fan in one of the world’s largest software development companies: Microsoft.

“The Mac is the only microcomputer beside the IBM PC worth writing software for,” said then-Microsoft CEO Bill Gates in 1984. Microsoft Word debuted on the Macintosh that same year, and Excel followed shortly thereafter.

The contributions of Kawasaki’s team helped establish evangelism in the tech industry. Today, the question isn’t whether developer evangelism is here to stay but how big the field will become. While not every tech company needs an evangelism team, those that do run the gamut from small startups to established tech giants.

For young companies with little name recognition, evangelism provides an opportunity to connect directly with the developers their products are designed for. And evangelists at tech giants like Microsoft, Google and Amazon can provide more personalized support to help developers get the most out of their companies’ products.

In addition to expanding their presence in the tech industry, evangelists could soon find themselves carving out a much larger niche at their own companies — and potentially displacing other departments in the process.

“The trend I see in the industry is, at technical companies, developer evangelism is replacing traditional marketing roles,” said Degges. “Developers are a very difficult audience to crack, and you have to approach them in a very different way. You have to get really creative and provide useful information and tools.”

All interview responses have been edited for length and clarity.