How RingCentral Cultivates a Culture of Growth, Inclusion and Collaboration

Two of the company’s leaders outline how the organization encourages professional growth, relationship building and teamwork.
Written by Olivia McClure

When Group Product Manager Dipkin Guglani joined cloud-based communications platform RingCentral about three years ago, she worked alongside a couple of individual contributors. Now, she operates across two entire teams.

Guglani’s department isn’t the only one scaling quickly. In fact, almost every division at RingCentral is in a significant growth phase. And according to Guglani, as the organization continues to expand, so do teammates’ responsibilities. 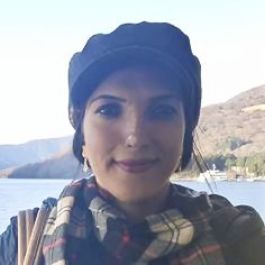 “As the company grows, people who bring effort and leadership skills are going to do the same,” Guglani said.

For Guglani and Director of Customer Success Jim Gratehouse, RingCentral’s focus on evolution doesn’t just come down to the company’s professional growth opportunities. It’s reflected across the culture, from the ways in which teammates connect with each other to how they get work done each day.

Gratehouse said the company offers ample opportunities for individuals to make the most out of their roles. In his mind, being able to build strong relationships with his peers and help them achieve their goals has been one of the most impactful aspects of his career at RingCentral. 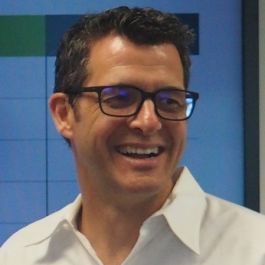 “You really get to see people grow,” Gratehouse said. “I find that one of the most rewarding aspects of my job.”

Find Space to Refine Your Talents

According to Guglani, career growth isn’t just accessible to select people who join RingCentral. She said she has seen every one of her teammates, regardless of where they work, stretch their skills and receive recognition for doing so.

“I’ve seen growth across geographies, and I’ve seen that talent is valued,” Guglani said. “Whoever is putting in effort is driving results.”

Guglani added that there’s a reason why employees are encouraged to grow. Considering the company is constantly pursuing greater innovation, the team focuses more on what every individual can bring to the table rather than seeking the right solution the first time.

“There’s less pressure to be perfect and accurate, and there’s more of a focus on saying, ‘Let’s pursue the problems and solve them together,’” Guglani said. “There’s definitely a high degree of teamwork and camaraderie.”

In Gratehouse’s mind, being passionate about your career goes a long way at RingCentral. Recently, he was asked to help lead an initiative at the request of one of the company’s newest leaders, who was impressed by his enthusiasm for the business. Gratehouse said this invitation epitomized the company’s focus on giving employees the chance to refine their talents.

The way we hire, the kind of values that we bring and the way we interact with people across different cultures is of paramount importance.”

Although employees at RingCentral may be busy climbing their career ladders, Gratehouse said the company also makes it a priority for team members to forge meaningful connections with each other. During the time he has been at the company, he said he has watched its inclusive culture steadily evolve.

Gratehouse noted the company hosts various events in an effort to honor the many diverse cultures represented at the organization. For instance, RingCentral held a demonstration of Indian dancing during Diwali and offered food inspired by Filipino culture to acknowledge their team based in the Philippines. Through these events, Gratehouse said he had the chance to broaden his understanding of different cultures and put it all into perspective.

“It makes you feel like you’re part of a larger global community,” Gratehouse said.

A COMMITMENT TO WELLNESS

Before the pandemic, Gratehouse said RingCentral made it easy for employees to prioritize their health, offering nutritious lunches and workout classes at their Belmont headquarters’ onsite gym. But the company didn’t use the pandemic as an excuse to cut back on its commitment to wellness over the past two years. In addition to offering quarterly “CaRing days” to let employees recharge, Guglani said the organization grants team members access to a mental health app, which allows them to easily schedule appointments with professionals when needed.

Gratehouse added that he was impressed when the company took action during the protests surrounding the death of George Floyd last year. In addition to taking a stance publicly, the company created an employee resource group dedicated to the Black Lives Matter movement, which offered a safe space for people to discuss their own experiences with discrimination and cultivate a culture of education.

“I learned a lot and ended up discovering new podcasts and books,” Gratehouse said. “I think many people had the chance to expand their understanding of racial politics.”

While Guglani said it was certainly easier for employees at RingCentral to connect before the pandemic, the organization has made a concerted effort to host events on both a companywide and team-level basis. Yet for her, the company’s commitment to inclusion goes beyond gatherings and initiatives. Rather, it can be felt in the way that the organization conducts its business: with intention and a global mindset.

“Actions speak louder than words,” Guglani said. “The way we hire, the kind of values that we bring and the way we interact with people across different cultures is of paramount importance.”

While RingCentral employees may be spread across the globe, Gratehouse said collaboration at the company couldn’t be stronger. While this could be partly due to the connective nature of their platform, it really comes down to the culture itself.

“We’re encouraged to reach out to everyone, regardless of their geography or department,” Gratehouse said. “Nothing stands in the way of getting something done for a customer, employee or stakeholder.”

For Guglani, a collaborative culture is crucial to her team’s success. While she resides in California, she often works with team members based in Charlotte, North Carolina, and elsewhere. She said her team frequently uses RingCentral messaging to communicate, which benefits both them and their clients.

“It helps us collaborate better, but it also enables us to understand our customers’ pain points,” Guglani said.

With teammates in different parts of the world, Guglani said visibility is essential. By leveraging a task management tool, she and her teammates have insight into who owns each assignment and when it’s been completed. They also engage in weekly meetings in order to set expectations and maintain a steady flow of communication.

Move Fast and Make an Impact

According to Gratehouse, job seekers can expect more than just ample professional growth opportunities, cultural initiatives and robust collaboration at RingCentral. When he joined the company, he was struck by the team’s willingness to try out new concepts, which was something he had not seen at previous employers.

“One thing that really stood out to me so much about the company was the focus on testing out new approaches,” Gratehouse said. “There isn’t a culture of blaming here.”

Gratehouse added that he attributes this focus on experimentation to the company’s rapid transformation. As the company continues to refine its technology and processes, there is a need to move quickly between ideas, which he considers one of his favorite aspects of the organization’s culture.

Nothing stands in the way of getting something done for a customer, employee or stakeholder.”

“There are lessons to be learned, yet there’s no need to get hung up on any issue,” Gratehouse said. “We just keep learning and pushing forward.”

In Guglani’s mind, one element unites many job applicants interested in joining RingCentral. “The prime motive behind applying for a position here is a desire to bring change to the organization and see that value firsthand,” she said.

Guglani said she has previously worked at organizations where it wasn’t always easy to see hard work come to fruition, but that’s not the case at RingCentral.

“If you are willing to put in effort, your work gets recognized very quickly,” Guglani said.

Responses have been edited for length and clarity. Images via RingCentral.