The last six months have been a lesson in fragility, writ large.

Since the clock struck midnight on December 31, humans around the world have endured disaster. “Megafires” destroyed large swaths of Australia and pushed some species to the brink of extinction, massive floods hit Indonesia and Dubai, record-breaking melting of the polar ice caps occurred in Greenland and Antarctica, and severe storms killed 11 people in America’s Deep South. All of this before spring had a chance to soften out a world on edge.

Declared a pandemic by the World Health Organization in early March, the novel coronavirus has killed, to date, nearly 700,000 people worldwide and caused hundreds of millions of workers across the globe to lose their jobs. Just two months later in late May, the workforce (and world) was worn thin when George Floyd was killed by police officers in Minneapolis, sparking mass protests around the world against police brutality and systemic racism.

Being human in 2020 is hard enough. Being a leader? Unimaginable.

Uncertain situations, like a pandemic with no end date in sight, often render leaders immobile. Whether due to human instinct or basic management training or both, leaders facing crises tend to delay decision-making, fearing they’ll take the wrong actions, say the wrong things or make employees unnecessarily worried.

But indecision and fear aren’t helpful. In fact, dishonest, polite or indirect feedback is actually unkind, as recipients aren’t given direction on how to help improve matters, but are still held accountable for improving both themselves and their organization. Moreover, it’s a huge waste of time, and root problems that haven’t been addressed will continue rearing their ugly heads.

Fortunately, there’s a salve for those struggling to lead right now: Vulnerability.

In Dr. Brené Brown’s book, “Dare to Lead,” she argues that “vulnerability” is a misunderstood and misused word. Vulnerability, she writes, means strength, not weakness.

Over the last few months, many leaders have been tasked with delivering difficult feedback to their teams. Perhaps they’ve had to enact hiring freezes, cut salaries, prolong their company’s return to office or even lay people off. Communicating this type of news is never pleasant, but it’s one of the most important things for a leader to know how to do.

According to Brown, the key to delivering feedback is showing up, being honest and owning the results.

“The courage to be vulnerable is not about winning or losing, it’s about the courage to show up when you can’t predict or control the outcome,” Brown writes.

Here in San Francisco, dozens of tech leaders have taken off their proverbial armor this year and gotten seriously uncomfortable with their teams. But for many, the discomfort has been transformative. 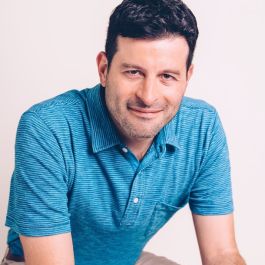 “Vulnerability is synonymous with transparency,” Russell Glass, CEO of on-demand mental healthcare startup Ginger, said. “Many leaders move inward when times get hard, instead of embracing the community they have around them.”

As the leader of a mental health organization, being vulnerable is table stakes for Glass, who envisions a world in which mental health care is destigmatized and easily accessible. It also explains why one of Ginger’s core company values is “be open.”

“When we embrace openness and vulnerability, we can build stronger trust with colleagues, collaborate on deeper levels and accept that our own way isn’t always the best way,” Glass said.

Vulnerability requires trust to exist, Brown writes, and means sharing feelings and experiences with people who have earned the right to hear them. Trust is not built through grandiose gestures of power and control, but “is in fact earned in the smallest of moments,” she says. 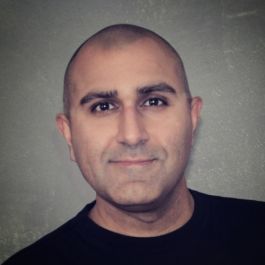 “In uncertain times, the best solutions come from a wide diversity of thought,” Narayani told Built In back in March. “To find better outcomes, it’s important to seek outside perspectives, whether that’s from peers, old colleagues, friends or experts who have dealt with tremendous adversity before.”

Tough conversations born out of the pandemic — as well as one of the largest civil rights movements in U.S. history — have cultivated newfound trust and resilience among leaders and their teams. In surrendering to emotional exposure, leaders like Glass and Narayani have been able to approach difficult conversations with honesty, compassion and clarity that might have been slightly harder to access prior to this decade.

It’s OK if you get a decision wrong as long as you’re transparent throughout the process.”

Leaders might still be wondering, but what if I mess up? What if, in embracing vulnerability, I say or do the wrong thing and make things worse?

“It’s OK if you get a decision wrong as long as you’re transparent throughout the process,” Narayani said.

Mistakes are going to be made. But the bravest, most vulnerable, leaders own them.

Brown writes, “The only thing I know for sure is that if you’re going to dare greatly, you’re going to get your ass kicked at some point. If you choose courage, you will absolutely know failure, disappointment, setback, even heartbreak. That’s why we call it courage. That’s why it’s so rare.”

Once a leader owns a mistake, the next step toward progress is rising from failure and course-correcting through action. For Glass, this type of accountability is foundational to what he calls “compassionate leadership.”

“While communication, openness and honesty are all critical to building trust, it really takes consistency in response over time,” Glass said. “One of biggest mistakes I believe leaders make is responding with empathy, but then not having the follow through to actually act on the response — whether because it isn’t well-resourced, or it just doesn’t get on the ‘to do’ list.”

Leaders should put action behind their words. When employees see leadership do this again and again, Glass said they begin to trust that their leaders’ words have meaning.

“Compassion is empathy plus action,” Glass said. “It is not enough to just ‘hear’ someone. Real trust gets built by taking action on that empathy.”

And once employees understand that they work in an environment that embraces failure and learns from mistakes, they’re far more likely to surprise leadership. As Brown points out, shame is one of the secret killers of innovation.

“If we want people to fully show up, to bring their whole selves including their unarmored, whole hearts — so that we can innovate, solve problems, and serve people — we have to be vigilant about creating a culture in which people feel safe, seen, heard, and respected,” she writes. And what could 2020 benefit more from than a generation of big thinkers?

If leaders want a culture that rewards creativity and innovation, they should start by encouraging managers to cultivate vulnerability in their teams, Brown recommends.

But, of course, this means they must first learn to be vulnerable themselves.

No one can predict what the second half of 2020 will look like. However, leaders can be better prepared for what comes by taking Brown’s book, “Dare to Lead,”  to heart, adopting vulnerability in their decision-making, being transparent with those decisions, and showing compassion in dealing with the results.

Jobs from companies in this blog